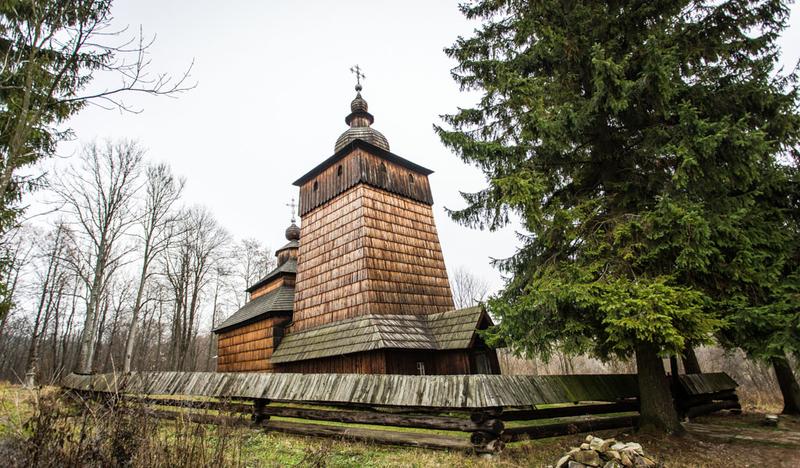 The Greek Catholic Filial Church of the Protection of the Mother of God in Wołowiec (currently an Orthodox Church with the same dedication) was erected in the C18th.
It is a West Lemko church with tented mansard roofs and onion-shaped finials. It has a bell-house spire and a tripartite internal structure, with the chancel ending in a straight wall. The interior, apart from the nave where a tented roof is visible, is covered by flat ceilings. The nave and narthex have retained fragments of C19th ornamental and figurative polychrome. The late C18th iconostasis is here on loan from the museum in Łańcut.
Multimedia 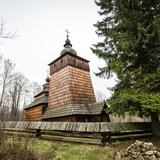